In compliance with the project various renovation work types and volumes were completed in some sections of the racetrack, however the largest amount of work was performed in the 734-meter-long section from the START position to the spot on the track where the “Elbow” bend ends.
Leaving intact the lower structures of the track, an average of 5 cm of the old asphalt concrete surface was milled, there was poured an asphalt-concrete levelling layer of 2 -3 cm, on which without longitudinal seams there was decked a 5-cm-thick asphalt concrete surface layer with poly-modified bitumen.
In five sections of the track there were installed new concrete protective barriers and protective fences, as well as curbs along the track curves and banking turns. 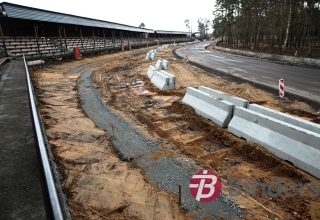 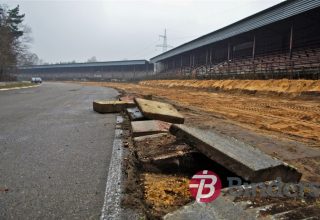 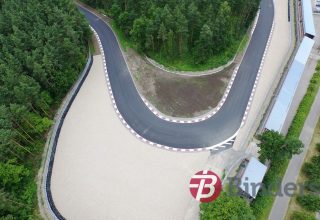 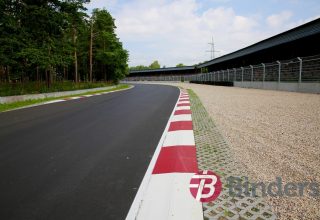 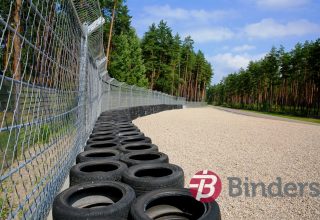 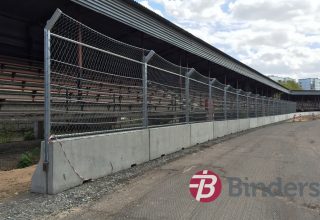 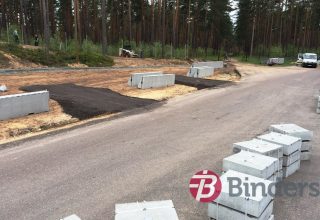 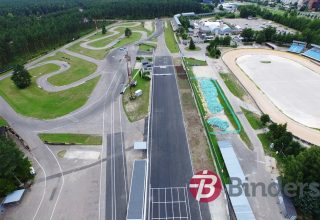