This year we worked on more than 50 construction sites in the Vidzeme, Latgale, Kurzeme and Riga regions, as well as in the largest cities of Latvia – Riga, Daugavpils. 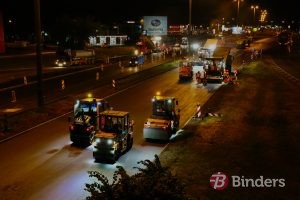 The company has lots of work on the Latgale side this year. Construction of the tram line of more than 2 km long in Stropi was completed in Daugavpils. At the same time, in the city centre Binders commenced reconstruction of the almost 20 year old tram ways this summer. By the end of the year it is planned to complete construction of Daugava promenade on the right bank of the Daugava, in the surroundings of Gajoka suburb. This year the volume of work is also coming to an end within the framework of the reconstruction project of the overpass and adjacent streets of Smiltene Street. Reinforcement of cover of the Daugavpils bypass (Kalkūni – Tilti) in an 8 km long distance was also completed in the autumn. 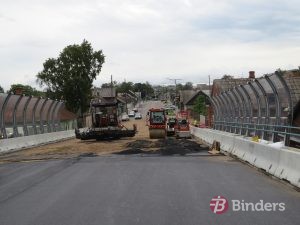 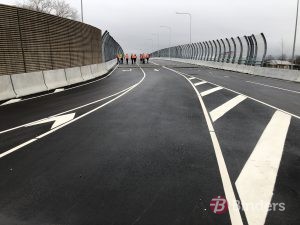